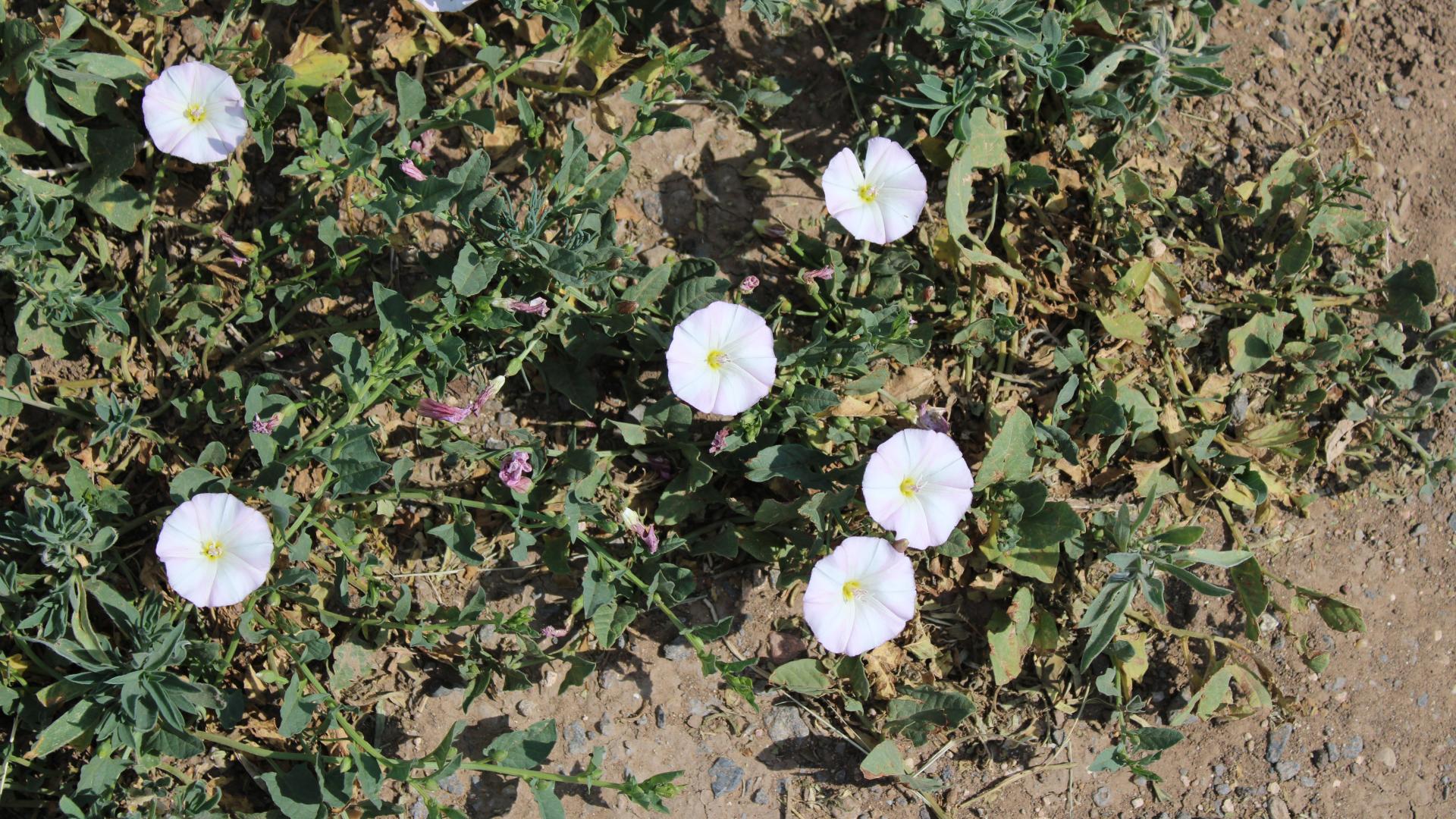 The annual cost in damage and control of invasive plants in the United States is at least $27 billion (Hiatt et al., 2019).

Invasive plants are non-native (also referred to as “alien”), and their introduction causes or could cause environmental, economic, or human health harm. Management of invasive plants is mandated by the US federal executive departments and agencies through a series of Executive Orders overseen by the National Invasive Species Council. While there are many species of invasive shrubs and trees in the US (~580) , the vast majority are forbs and grasses (>1000) (Swearingen & Bargeron, 2016). Many invasive forbs and grasses were unintentionally introduced by humans as ornamental plants for landscaping or packing materials for shipping.

Invasive forbs and grasses compete with native rangeland plant species for scarce nutrient and water resources, while altering the existing ecosystem structure and function. Forbs and grasses become invasive beyond their native ranges due to high seed production, ability to establish in disturbed areas, extensive root systems allowing for dense growth, and/or chemical defenses against surrounding plants, just to name a few. These aggressive plant traits combined with the often remoteness of rangelands makes management of invasive forbs and grasses infamously difficult. These difficulties led to the development and implementation of an Integrated Pest Management (IPM) framework to help land owners and managers coordinate planned strategies to manage invasive plants. IPM includes many method options (biological, chemical, cultural, and mechanical) for use often in combination to target a specific invasive grass or forb to meet goals of 1) eradication of the invasive plant, and/or 2) provide resistance to (re)invasion. For more information, resources, and guidance on IPM, please see the US Department of Agriculture’s Regional IPM Centers website.

Each invasive species must be evaluated for it’s unique biology to maximize management effectiveness. Here, we provide cases of two infamous invasive species on western US rangelands in brief. One of the most environmentally and economically impactful invasive grass is cheatgrass (Bromus tectorum). Cheatgrass, also known as downy brome, is an annual grass that has invaded much of the West and has altered historic, or introduced new, fire regimes. The extensive invasion of cheatgrass is largely due to it’s annual growth habit with germination beginning in the early spring, which leads to high density, fine-fuel accumulation during seasonal droughts for wildfire ignition and spread. Strategies for managing cheatgrass infestations often include an IPM plan with multiple methods. For example, late fall and early spring targeted grazing can help reduce seed production with backpack herbicide treatment in areas difficult to access by livestock or vehicles. Rangelands have also been invaded by the annual forb, yellow starthistle (Centaurea solstitialis), known for causing “chewing disease” in horses and dominating on high light intensity sites. Resistance to invasion and management of yellow starthistle can occur typically through an IPM framework with consecutive prescribed fires and planting/seeding competitive species to decrease light availability for reduced germination and establishment potential.