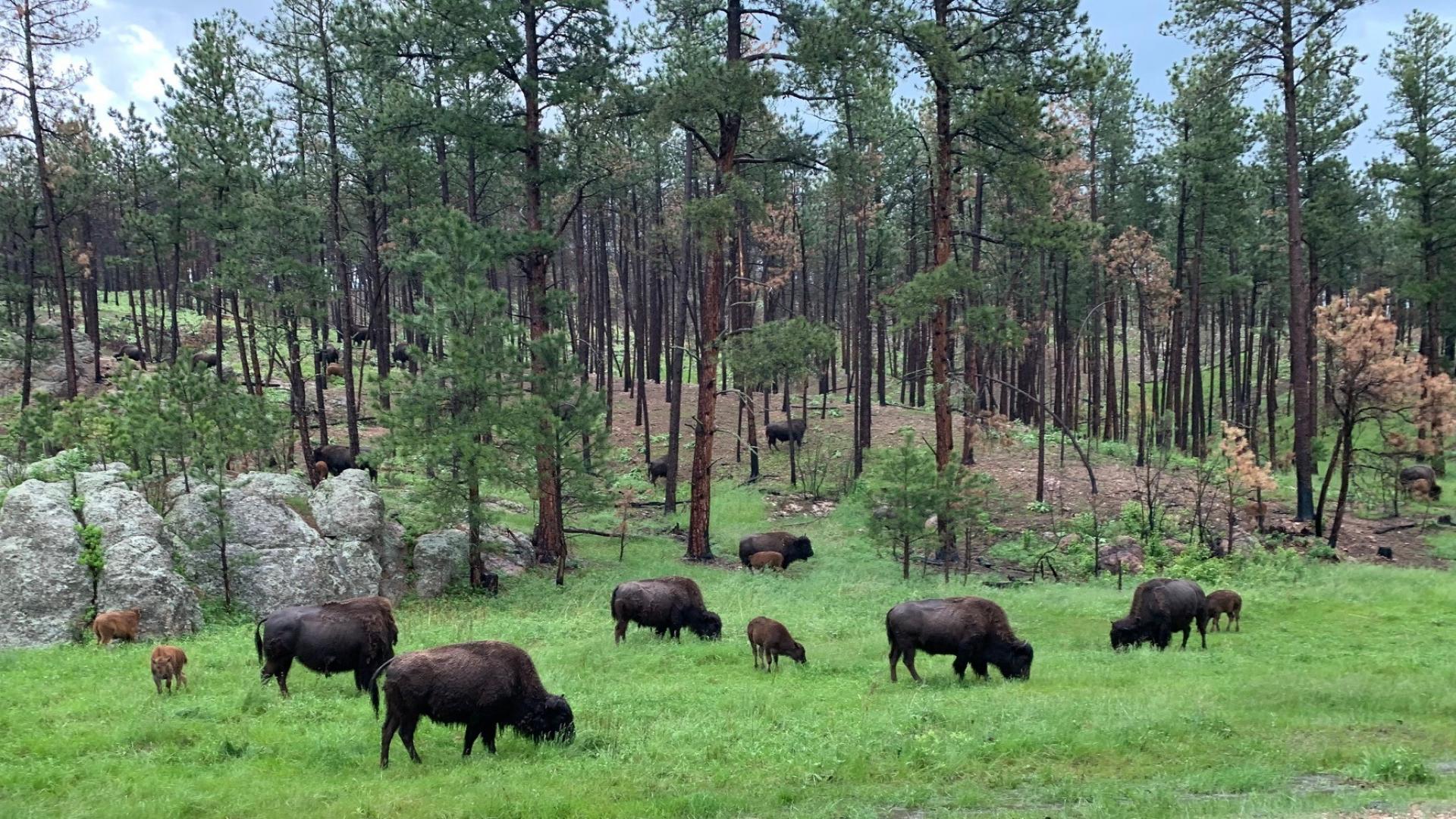 The major rangeland types of the world are grasslands, desert shrublands, savanna woodlands, forests, and tundra. Each of these rangeland types has several unique plant associations that host a variety of different biota depending on the climate, soils, and human influences. The type of rangeland must be considered when planning management activities because they differ in precipitation, soils, and terrain. Therefore, management practices that work well in one region may be unsuitable for another region.

Grasslands. Grasslands are generally dominated by plants in the family Gramineae and are virtually free of woody plants. They are the most productive rangelands in the world for providing forage for wild and domestic ungulates. Grasslands generally occur in areas receiving between 250 millimeters (mm) and 900 mm annual precipitation. This precipitation most often occurs as frequent light rains over 90 days or more, with the bulk of the moisture falling in the summer months. These conditions favor grasses, whose fibrous roots can effectively gather moisture from the soil surface. The soils of grasslands are more than 2 meters (m) deep, loamy textured, high in organic matter, and very fertile.

Desert Shrublands. Desert shrublands are the driest of the world’s rangelands, usually receiving less than 250 mm of annual precipitation. The precipitation in desert shrublands varies greatly from year to year, occurring as infrequent, high-intensity rains in less than 90 days. As a result, the water content of the soil surface is very dry for much of the year and out of reach of the short fibrous roots of grass plants. These conditions favor shrubs whose long tap roots can collect moisture from deeper within the soil profile. Desert shrubs are typically spaced farther apart, allowing their roots to spread laterally and collect water over a large area. Soils of desert shrublands are typically sandy– to loamy-textured and vary in depth. The amount of herbaceous understory depends on the texture of the soil and how quickly water percolates into deeper soil profiles.

Savanna Woodlands.Savanna woodlands have a productive herbaceous understory dominated by scattered, low-growing trees, less than 12 m tall. Typically savanna woodlands occur as a transition zone between grassland and forests and can shift toward either phase depending on grazing pressure, fire control, logging, and drought.

Forests.The closely spaced, taller trees of forests prevent the development of a herbaceous understory with any grazing value. Forests generally occur in high-rainfall areas (more than 500 mm) because of the greater amount of moisture needed to support the biomass of a forest. The coarse-textured and/or thin, rocky soils favor forest over grassland because they retain low amounts of moisture near the soil surface but store considerable moisture deep in the soil profile and/or rocky crevices. High precipitation causes substantial leaching of soil nutrients; therefore, forest soils are generally low in fertility. Thinning forests through logging or fire can open the canopy and create areas of valuable forage to wildlife and livestock.

Tundra. Tundra is a level and treeless plain in arctic or high-elevation regions that cover about 5% of the earth’s surface. The extremely cold climate keeps tundra frozen for more than seven months of the year, and the permafrost restricts tree growth. Arctic tundra occurs over large areas in North America, Greenland, northern Europe, and northern Asia. Vegetation on the tundra consists primarily of low-growing, tufted perennial plants and lichens. The main type of woody plants are shrubs of the genus Salix. Low precipitation (250 mm to 500 mm) and strong winds make the tundra an inhospitable place for most plant life. Tundra is rarely used for livestock grazing because of its rough terrain and short grazing season (less than 90 days). However, Peru is an exception, where the alpine tundra is used extensively by alpacas and llamas.

Major Rangeland Regions: The United States has 15 basic rangeland types that are economically important from the standpoint of forage production and/or total area.

A habitat type is defined by Hironaka et al. (1983) as “the aggregate area of land that supports, or until recent times supported, and presumably is capable of again supporting, a particular climax plant community, regardless of the type or kind of disturbance plant community presently occupying the site.”

While the term could be confused with reference to wildlife habitat, a habitat type is intimately tied to the concept of succession. The productivity of habitat types is also strongly correlated with soils because the relationship between climax vegetation and soils is close. Many different soil types occur within a habitat type; thus, habitat types are broader than range sites and named for their unique combination of dominants. Habitat types are commonly identified by an eight-letter code that refers to the dominant plant species association, where the first two letters denote the genus and the second two letters denote the species. For example, ARWY/POSA habitat type refers to a Wyoming sagebrush and Sandberg bluegrass plant association where ARWY = Artemisia tridentata wyomingensis and POSA = Poa sandbergii.

This land classification system is useful to managers because it is important in determining whether the present vegetation is an expression of the potential capability for a particular land area.

Major Land Resource Areas, or MLRAs, are land resource units defined by the Natural Resources Conservation Service (NRCS) that are geographically delineated based on dominant physical characteristics. There are 278 MLRAs identified in the United States, Caribbean, and Pacific Basin that are characterized by soils, geology, climate, water resources, and land use. Information from these units is useful for planning and decision-making purposes and also helps to serve as a framework for organizing and operating resource conservation plans.