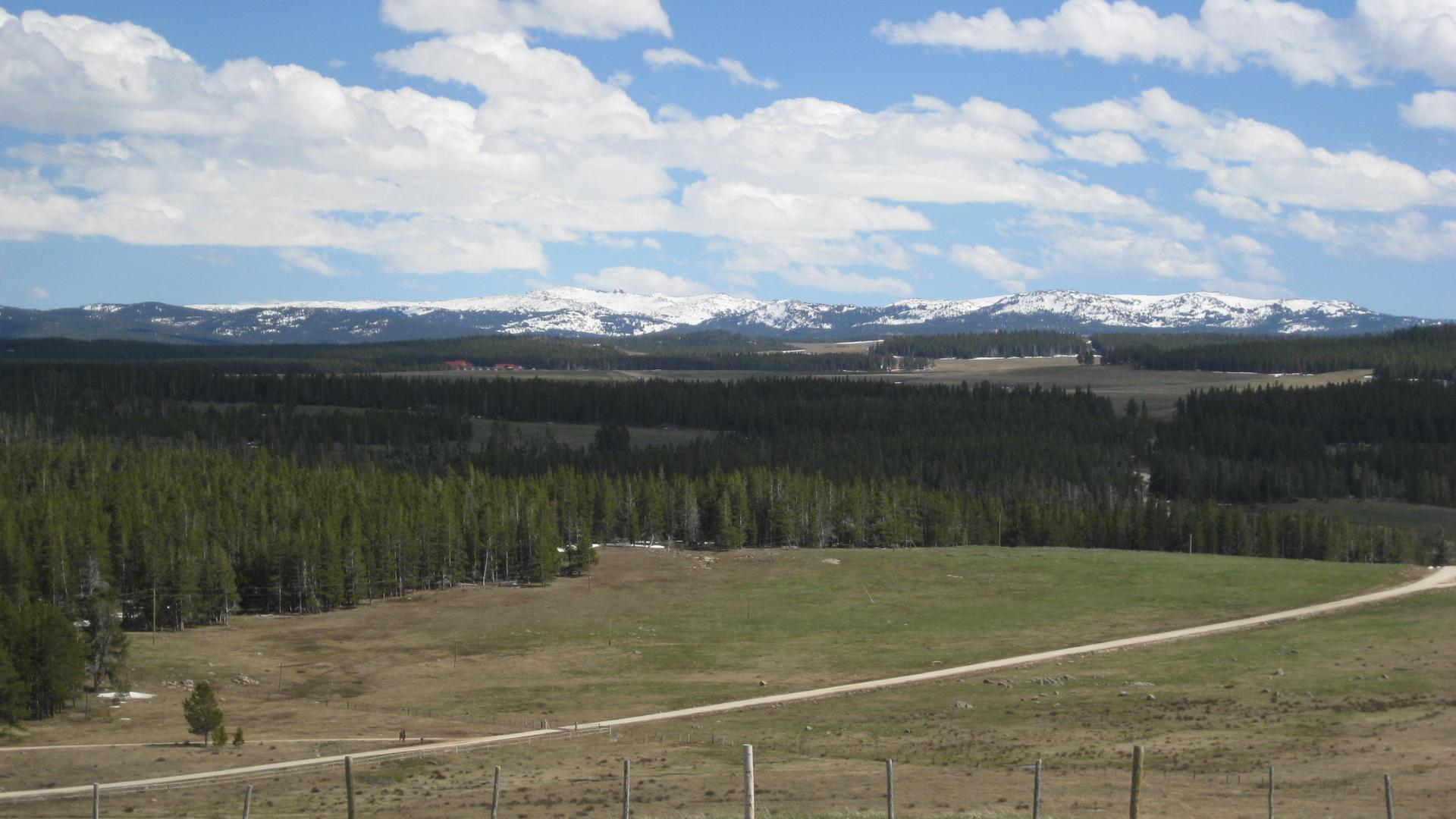 Public rangelands are primarily managed by the Bureau of Land Management and the U.S. Forest Service, although other federal agencies such as the U.S. Fish and Wildlife Service and the Department of Defense manage significant acreages. These lands are owned by the people of the United States and are managed for various purposes as outlined in public laws and regulations. In this section, we will examine the economic aspects of different uses and how those uses affect the national treasury in terms of receipts and how local governments may be affected.

States were generally allocated two sections of land out of each 36 sections (a township) for the purpose of generating income to support schools. These school sections have been treated differently by each state but are generally set aside to maximize income to the school trust. In states that have retained ownership of school sections suitable for grazing, each state has developed a somewhat different method of setting the grazing fee. The Government Accountability Office (GAO) conducted a study in 2005 that reported the different grazing fees in the western states. 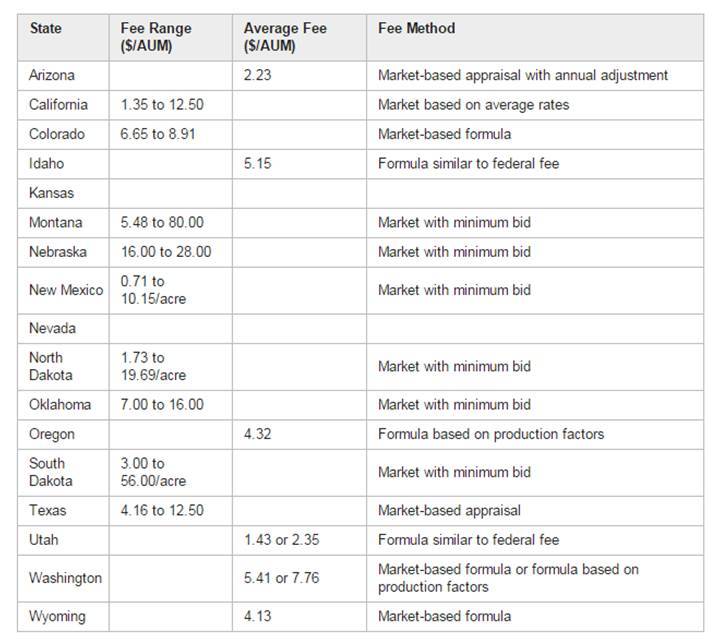 Source: Government Accountability Office. 2005. Livestock Grazing - Federal Expenditures and Receipts Vary, Depending on the Agency and the Purpose of the Fee Charged. GAO-05-869. 110 p.

Grazing Fees on Other Federal Rangelands

The U.S. Department of the Interior's Bureau of Land Management (BLM) and the U.S. Department of Agriculture's Forest Service (USFS) manage most of the public land grazing in the nation. In addition, several other federal agencies manage land and allow grazing for a fee. The agencies and fees they charge are shown below for 2004, the most recent year of this study. Specific grazing fees for current years may be found. These are presented to show relative fees charged by different agencies within the federal government.

Source: Government Accountability Office. 2005. Livestock Grazing - Federal Expenditures and Receipts Vary, Depending on the Agency and the Purpose of the Fee Charged. GAO-05-869. 110 p.

There are very few places where fees are charged for recreating on public rangelands. You may find fees for staying in specific campgrounds. There may also be fees to enter certain facilities such as interpretive centers. Permit fees may be charged in some instances, such as rafting certain rivers or parking in designated areas like snow parks.

Commercial outfitters and guides may also have to pay a permit fee to the land management agency to operate their business on public land. These guides and outfitters will likely charge for their services.

In general, most public lands are open to the public at any time. The Bureau of Land Management and the U.S. Forest Service have the authority to charge different fees, and these are set mostly on a local or regional basis. The National Park Service does charge an entry fee for many of the national parks. Some of these fees are returned to the treasury, while others may be retained by the agencies to improve the areas for which fees were charged.

Revenues to Government from Public Rangelands

The U.S. Department of the Interior has the administrative responsibility to calculate and distribute payments-in-lieu-of-taxes (PILT). The department publishes the Public Land Statistics online. Information on the amount each federal program raises in revenue and its distribution to the agency, state and local governments, and the Federal Treasury are reported.

Payment in Lieu of Taxes from Public Rangelands

Payments in Lieu of Taxes (PILT) are amounts that the federal government pays local governments that have certain federal lands within their jurisdictions. PILT payments are made because the federal government does not pay state or county property taxes. The Bureau of Land Management administers these payments within the laws developed by Congress and the regulations therefrom. Payment amounts can be adjusted based on additional payments received from the Secure Rural Schools and Community Self-Determination Act as well as changes in the amount of money Congress appropriates for payment.

For the most part, the website shows calculations for PILT as defined below. There are some additional smaller payments that can affect the total amount actually paid explained at the website. County acres of qualifying public land can be found here. While they do not break down the actual payment by rangelands, acres by county in rangelands can be estimated using different criteria.

"DOI computes payments authorized under section 6902 of the Act using the greater of the following two alternatives:"

"Both alternatives explained above are subject to a population ceiling limitation computed by multiplying the county population times a corresponding dollar value (adjusted annually for inflation) contained in the act."